This letter is in reference to contracted work performed at our house in March-April 2011 by Mr. Ron Hatchett. We located Ron on a local search website for contractors and we were blessed to have met him. My wife and I were considering several home improvements projects and after meeting with Ron, decided upon building a screened in porch on the back of our house. From the first moment we met with Ron, we felt very comfortable with him. Ron is a very straight forward and honest business man. his construction skills mixed with vast knowledge of design quickly drew us in. He is a contractor who listens; several times during the project I had different ideas which he seamlessly incorporated.

Ron Hatchett was on our project and ensured every detail was what we agreed upon. The cost of the project was very reasonable and well below other quotes we received. This reasonable price did NOT come with added costs, as Ron used only the highest quality materials. His skill and knowledge of both design and construction produced and end product above our expectations.

I would not hesitate to hire Ron Hatchett again. He is very human, considerate, and most importantly trustworthy. Most of the work was performed with just my wife and 3 year old son at home. I would not trust just anybody to have open access to my house and family. In fact our 3 year old son was taken with Ron and affectionately referred to him as McRonald as he walked around the house emulating him with his plastic tools.

Simply put, Ron Hatchett is a very skilled artisan and seasoned contractor. Not only is he a Great worker, the relationship he builds with you proves he is also a Great man. My family holds Ron Hatchett in highest regards and will definitely be calling him for future projects. 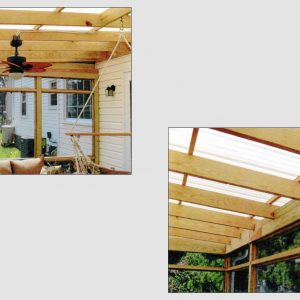 With over 42 years of experience in the home and commercial remodeling field, Hatchett Contractors is a family-owned business serving residents and businesses in the Greater Hampton Roads Virginia region. We have serviced numerous entities in Hampton, Newport News, Poquoson, Williamsburg, as well as in Gloucester, York and James City Counties. Call Today for a FREE ESTIMATE!